Eternal Kingdoms[1] are player-owned worlds which can be built up into sprawling towns, mighty palaces, gladiatorial rings, marketplaces, crafting areas, and more.

The player who created the Kingdom is considered the monarch, and has full administrative rights to that Kingdom. They can set rules as to how the Kingdom operates (PvP, public or private, Kingdom name, etc), and can use the fealty system to assign permissions to other players.

Each account has the capacity to create one Eternal Kingdom of its own, but it's not required to create or maintain one.

Eternal Kingdoms are made up of cells that measure 128m x 128m.[2] A Kingdom can be a maximum of 20 cells by 20 cells, making a total possible area of 6,553,600m².Each Kingdom starts with one temple parcel, around which other parcels of land can be added. These parcels can be crafted in-game or purchased through the Crowfall store.

Eternal Kingdoms are created while proceeding through a tutorial. Kingdoms are intially made up of land that can not be built upon, called "wilds"

Parcels of land are required to allow to be built upon. The size of the initial parcel of land given is <unknown>

Early backers donating via KickStarter[3] were given tax-free parcels of land depending on their donation level.

Parcels, are pre-joined land cells, which can be placed by players in their Eternal Kingdoms. Since the Kickstarter days, the Crowfall team often referred to them as Tetris pieces. The parcels contain a grid of hundreds of smaller subdivisions, which are called lots.

Parcels are then placed using the Kingdom Builder tool. Parcels of land are shaped like Tetris blocks and mesh with each other to form the land to build upon. 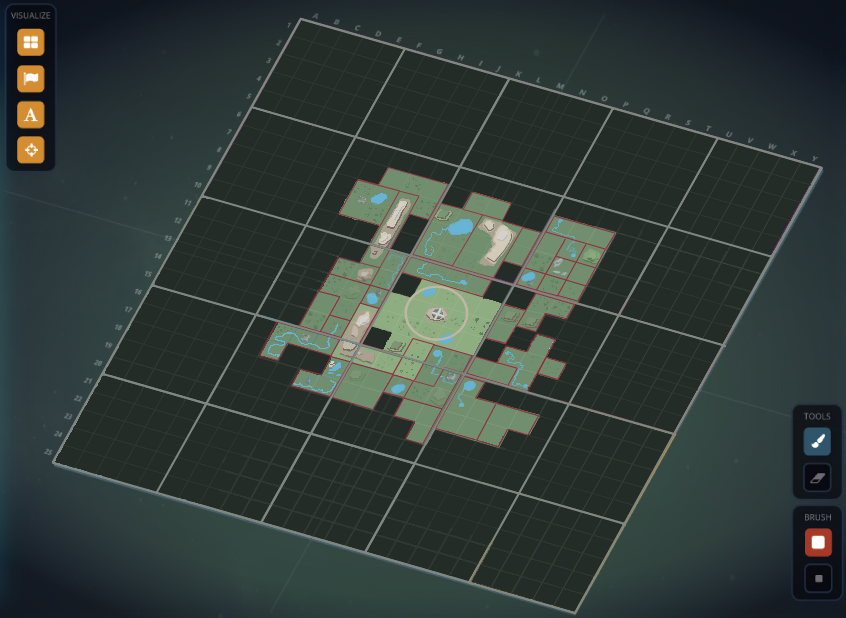 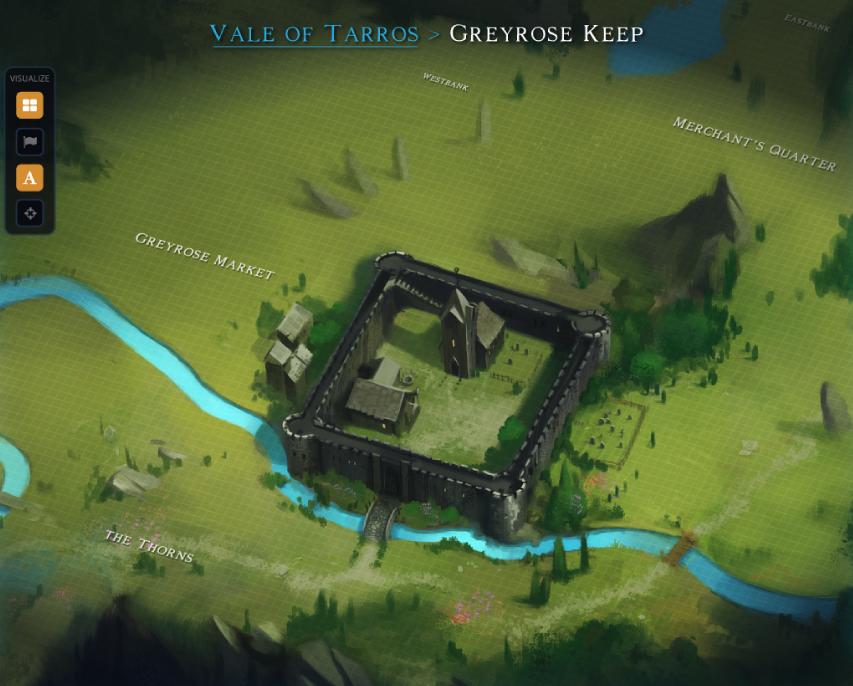 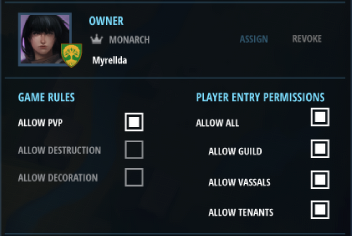 Players in a Kingdom can be assigned a ruler status, the ruler hierarchy from most powerful to least is Monarch, Noble, Vassal and Tenant. All privileges of a status are adopted by any status above them in the hierarchical tree, that is a Noble can do what a Vassal and Tenant can do but cannot perform the functions of a Monarch.

Monarchs can set PvP rules, set taxes, and grant regions to players. A Noble can grant Lots to Vassals. Vassals can place buildings onto Lots and grant access for Tenants to those building. Tenants can place relics and thralls into buildings they have access to.

As the monarch of an Eternal Kingdom you can divide up the kingdom into different regions and allow other players to take control of that region. This is done using the Kingdom Builder 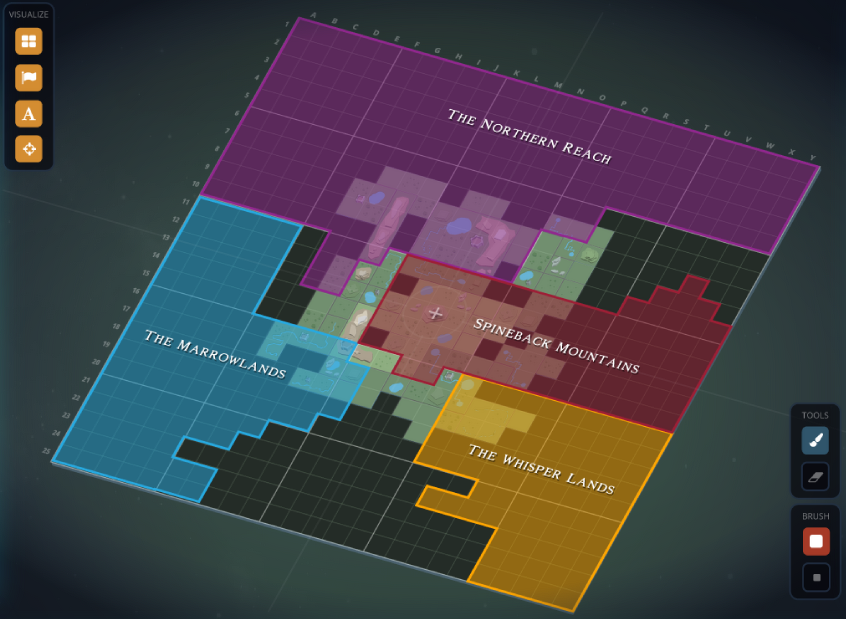 If the ruler of the Kingdom removes you from their Kingdom the land parcels and buildings that you have purchased remain with you.

Adventure Parcels are dynamic world sets with unique areas like mazes, dungeons and more, including some powerful enemies and unique resources, which cannot be found in the other worlds.

This is part of the new PvE experience of Crowfall. While PvE isn't the focus of the game, it's there to rise threat and spice up the gaming experience, making it more appealing for a wider range of MMORPG-Players.