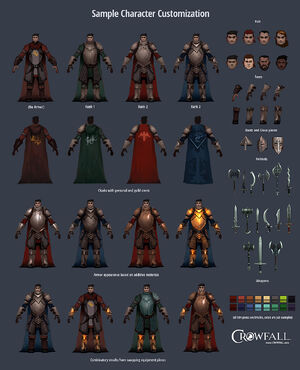 Concept art of customization of the Knight, with armor sets and various weapon styles.

Customization of the player's look is part of Crowfall's gameplay and at the start of the game, players can define what Race and Class they want to belong to.